Sarah Bowman's haunting melodies and enchanting stories bring audiences to tears of joy and sorrow. She communicates her songs through the memorizing quality of her strong yet angelic voice. Audiences who don't even understand English understand Sarah. She sings with her cello, tears at her guitar, and constantly surprises with her voice. She'll take you through the ups and downs of life in one night, or one album, or even one song.At the age of 9 Sarah attended a weekend festival where she heard Pete Seeger, Arlo Guthrie, Peter Paul and Mary and many more songwriters who shaped her life from that point forward. She has been writing songs and performing them for live audiences regularly from the age of 14.

Sarah toured throughout the United States and Europe for 7 years in a duo with her twin sister Claire, called The Bowmans. They have released 4 albums which have all been met with international critical acclaim, and have performed over 1,000 concerts together. The Bowmans released their latest album 'Make Sure the Snow Falls' in October 2013.

Sarah's first Swiss release 'Empty Houses' is a collection of Sarah's most achingly intimate songs to date. It is her first self produced album, recorded in the historic La Cappella concert hall of Bern, Switzerland. The album features 'Salle Sainte Cecile,' a song for music students who survived the terrible earthquake in Haiti in 2010. 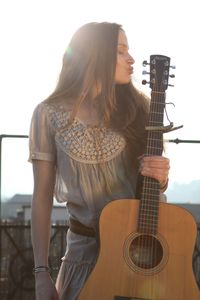 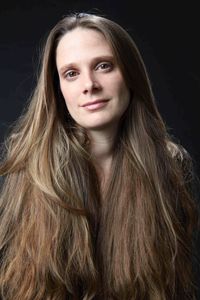 “A pastoral slice of Jesse Sykes-style rustic pop where they discover (but don't care) that "the road may take a toll on you.”
Steve Appleford - LA Weekly

“These songs are well crafted short stories laced with memory as narrative device and theme. A line like “this is the place where we talked about parting/ the change in your face marked the actual end…” from “Twenty Days (the Slumber)” is worth the price of admission but they keep coming.”
JJ Hayes - American Songwriter Magazine